The company I’m working with turned 1 year old on 10/18.  That’s the day we got our first contract to actually build something.  The company’s owned by two brothers who got their start in utility/drainage construction more than 30 years ago.   For years, people told them to start their own company and when our previous employer closed their doors, Max and Manuel decided the time was right.

Knowing Max, who shares my birthday, he took a poll of 20-30 people and went with the opinion of the last person he consulted.  Max says we are wishy-washy because we are Libras and that’s as good an excuse as there is.  A whole line of people can tell him one thing and he’s sure that they are right.  When one person offers an opposing opinion, he changes his mind.  Sometimes.  Usually.  And then has to ask another line of people to see what they have to say.

Max’s wife, Diana, is his office manager, bookkeeper, and receptionist.  She is the better half even though I don’t think Max will admit it.  She has been instrumental in getting Max to the digital age and educating herself on which government agencies are likely to work with a newly organized business.

Back in June the need to buy a rubber-tired backhoe loader became apparent.  We had rented one almost continuously and renting heavy equipment is like renting a house.  It serves a purpose but it isn’t always wise in the long run.  These machines cost from $50k (used) to $75k (new) so the need to get financing was also apparent.  And in case you have been in a 41 month coma, banks are not quickly lending to small, emerging businesses.

Diana made use of Accion Texas, a nonprofit organization that provides “solutions to business owners’ financing needs.”  They partner with SBA to offer loans for machinery and buildings to companies that might not qualify for traditional financing.  The paperwork requirement was huge.  Just about the time that Diana would think she provided Accion all the info they needed, they called with “just one more thing.”  She and I decided that they just didn’t want to make the loan and didn’t know how to tell us.  We joked that if this were accion, we wouldn’t want to see in-accion.

At the end of August, our Accion contact called wanting us to get accurate, up to the minute pricing for the backhoe.  At the end of September, they called to say they had approved Max for a loan.  It wasn’t for the amount we requested; it was for about 65% of it.  I’m not sure why they asked for us to verify, but it turns out they only have X number of dollars to lend on any given month and that was as much as they had at that time.  Waiting until they were more flush with $ wasn’t offered as an option.

Max thought about buying the machine that we had on rent, but Manuel only likes one particular brand and the machine we had did not carry that name.  After a couple of weeks of polling and re-polling, Max decided to go with Manuel’s brand and bought a used machine, sight unseen.  When Diana asked him about it, he snapped, “They are all good.  I don’t need to see the machine.”  She questioned whether he might not want to just look at a photograph of the machine, and his response was “NO!  I know what they look like.  I don’t need to look at another one.  They all look the same. And they are the best!”

End of that discussion.

The equipment company sent the invoice to Diana and told Max that the backhoe-loader would be at their shop for clean up and service on the 2nd.  Accion said they would have the check and loan papers for Max and Manuel on the 4th.  On the 3rd, Max called the salesperson whom we shall call Mentirosito; the machine hadn’t come in.  I put my camera in the car so I could take pictures of Max and Manuel with their new machine as soon as it appeared in Corpus. 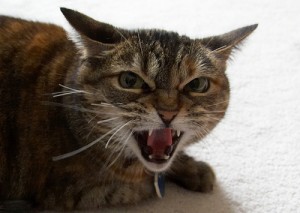 I won't say the name of the company that sold us the backhoe-loader, but the animal pictured will give you a hint

When Accion came through with the check on Friday, the machine still hadn’t come to town.  “The people who had it on rental haven’t brought it in yet,” they said.  “It will be in late today and we’ll have it for you on Monday.”

Over the week-end, Max and Manuel cleaned out the equipment bay that adjoins our office, sweeping it out to make it ready for the new machine.

Monday:  Took Brand X backhoe back in anticipation of the new machine coming to the job.  At noon, Mentirosito called and said that the machine hadn’t been brought in but they were sending a truck for it.  “It will be on the job tomorrow after lunch.”

Tuesday:  Max asked me to call the company and see if I could get a straight answer.  At 10 a.m., the salesperson said that they were sending a truck after the machine and it would be in their shop after lunch.  When I explained that we had sent our rented machine back to Brand X rental company because we thought we were getting our purchased machine, he was “so sorry.”  The best he could offer was free rental if we would haul the machine.  Hmmm?  Rental for $280/day; hauling for $350/each way.  Not much of a favor.

After lunch, Mentirosito wouldn’t return phone calls so I guessed (correctly) that the machine wasn’t there yet and most likely would not be there on Tuesday.  Left him a message to call me back with the name of his boss.  He called Max and said he didn’t want me to call his boss and that the machine would be in their shop on Wednesday.

Wednesday:  By noon, we hadn’t heard that Max could go look at the machine.  Max tried to get the salesperson to call him.  No answer.  I called and talked to Mentirosito after lunch.  The problem, he said, was that the company that rented the machine had kept it to clean it up.  “We charge A LOT of money to clean the machine.”  To my question of how much his company would back-charge the renter when our sales contract fell through, he didn’t have much to say other than he wasn’t really making any money off this sale.  Really.  Really?  Told him that he needed to check his company’s 501 (c) status so we could charge off the machine as a charitable donation.  He hung up on me.

Thursday:  Mentirosito’s answering machine message was new and said that callers should call his main office if he didn’t call back in 30 minutes.  After leaving him a message and waiting 60 minutes, I called his boss.  His boss was apologetic and said that they had sent a haul truck to get the machine.  Since I had heard that before, I asked for the haul truck driver’s phone number.  After verifying that there was (1) a haul truck driver and (2) a haul truck heading to Laredo to get the machine, I called the boss back.

He said the machine would be at their yard by 3 and that he would call Max and Manuel so they could inspect the machine.  (I knew the ETA since I’d already talked to driver.)  Will the boss have to get the name “Mentiroso?”  I will know by 3:30.

I am a mom, a grandmom (Gaga to my 2nd oldest grand-child), a sister, a friend, a construction estimator, a homeowner, an active member of a 12 step recovery group, an artist, a reader, a survivor, a do it yourself wannabe, a laugher
View all posts by texasgaga →
This entry was posted in Corpus Christi, Jobs, Texas and tagged Customer service, small business. Bookmark the permalink.