Wisdom to know the difference

"Chaos is a friend of mine." Bob Dylan

I was guilty of being a chaos junky in my active alcoholism and early sobriety.  With a few years sober, I can still pick up the mantle of wacky-doo and lead a charge off the cliff and into the raging river.  I waited until the last minute to do my taxes which isn’t new except that this year I put in some time as a contract laborer and am one of the government’s valued small businesses.  Employer of 1-me.

I completed enough of my taxes on Monday during the Portland rainout to calculate how much money I needed to put into an IRA to minimize my tax burden.  I didn’t follow through with the income tax return until 10:28 last night.  I love how Turbo Tax sends this happy little email:  Congratulations!  The IRS has accepted your return!   Yay me.

It was a small triumph in a day that was particularly troubling.  My little sister is bi-polar.  That’s the diagnosis, anyway.  I hear people call a person who has an erratic personality “bi-polar” and I want to slap the crap out of them.  It isn’t something controlled by niceness or patience.  God knows, I spent most of her life before trying to attribute her behavior to being the spoiled brat baby of the family.  It wasn’t diagnosed yesterday; this has been a long fight.  I understood that it was “no big deal” to take care of bi-polarism.  Just take some lithium.  She’ll be fine.

Beside the hangovers of defeatism and low self-esteem that result from the fallout of manic or depressed behavior, you’ve got the fact that lithium doesn’t cure the dumb disease.   And that many people view mental illness as a character weakness.  And that lithium may cause more problems than it helps.  And that my sister didn’t pick bi-polar disorder as her “cross to bear.”  Bah!  She’d love to be anything else.  Denial isn’t limited to us alkies.  Much easier to believe that the right herbal combo or exercise program or a little massage therapy will take care of things than accept that there’s a disease here that needs treatment.

I’m not even sure why I question the denial part or the mischaracterization of mental illness.  I’m an alkie and spent years convincing myself that I have a disease, that I am not a disease.  A friend says that we are sick people trying to get better, not bad people trying to get good.  If you are in my tribe, the fellowship provides a great support system.  I don’t have to struggle with things alone.  I can find a friend on the end of the phone pretty easily; AA meetings are available mornings and nights.  It isn’t necessarily that way for people who are bi-polar.  They seem to live in a closet of shame.  And they don’t  have easily accessible support groups.

I’m not a good respecter of doctors generically, but I question the sanity of most psychiatrists I’ve met.  That’s my opinion.  I have met a few between my alcoholism and my son’s ADHD.  (Walks like a duck, talks like a duck, they could be quackers.)  Or, you know it could be that my little sister isn’t at her most honest when she goes to the doctor.  She’s most likely hoping that this time, THIS time, the medicine will help. 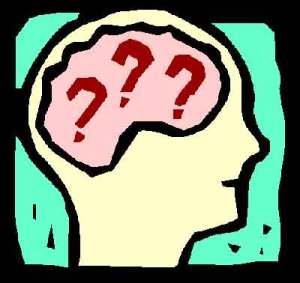 A mental illness is like a journey into a far country; it sifts all one's experience and removes it to a point so remote that it appears like a vision.
Sholem Asch

I don’t know.  I’m not with her at the doctor’s office so I’m not sure how that goes.  I just know that the added medicines are slowly taking bits of my sister away.  They are consuming the sure and friendly woman who is my sister.  Ghosts of her eccentric and funny ways glide through conversations but they slip away.  She’s begun to question herself.  “Why can’t I get better?  What if I have Alzheimer’s?”  (“You don’t,” I tell her.  “I know what it was like when Daddy got sick.  It wasn’t like this.  It’s the medicine.”)  I hope I am right.  I’m sure I am.  I hope.

She changed doctors last month.  The new doctor left things pretty  much the same when they met last month, but a terrified call from my little sister prompted the doctor to change medicines and fit my sister in on Friday for an office visit.  We’re good pretenders in my family.  We can hide reality behind a stone wall of fantasy.   But when the stones start crumbling…son of a beast!  Terror becomes us.

I want to go with my little sister to the doctor’s office and shake that damn doctor until she comes up with a solution.  I can’t do that.  Either the going with my sister or the shaking her doctor.  I have a bid on Friday afternoon that I can’t opt out of doing.  And shaking doctors tends to scare them.  The best she could offer was “I’m with you on this.  We’ll get to the other side.”  Ha!  Is that the best you can do, lady?

You know that goofy Serenity Prayer?  It’s not goofy, really.  I don’t want to sit and wait for the wisdom to know the difference.  I hate doing that.  I want to turn into Mighty Margaret with my magical hammer of justice, throwing things around and changing stuff without regard to consequences.  I want to see some action!   I want things fixed right here and now for people I love!   I want answers!

God, grant me the serenity to accept the things I cannot change.  Sickness, death, crazy weather, pretty much everything except me.  The courage to change the things I can. That would be me and my chaotic ways. The wisdom to know the difference.   (And the willingness to sit down and hush up and know that I’m not alone and neither is my sister.)

I am a mom, a grandmom (Gaga to my 2nd oldest grand-child), a sister, a friend, a construction estimator, a homeowner, an active member of a 12 step recovery group, an artist, a reader, a survivor, a do it yourself wannabe, a laugher
View all posts by texasgaga →
This entry was posted in Family, Sober Life, Uncategorized and tagged bipolar disorder, Mental disorder, Mental Health, Serenity Prayer. Bookmark the permalink.

1 Response to Wisdom to know the difference